Like many of you, I've been rushed off my feet in the run-up to the festive season. Now that's over and done with I have a lousy cold that's preventing me from getting on with ideas for new commissions. Honestly! (It's true I tell you!)

I've managed to do a bit of reading while resting and so recommend two books from the Apple Press urban sketching series, Sketch Your World by James Hobbs and Archisketcher by Simone Ridyard. Great reading, some fabulous pictures & even more terrific ideas for anyone wishing to improve their sketching skills in the urban environment.

Working tangentially, as I invariably do, I followed my reading by checking author websites. James Hobbs' online presence is particularly impressive, being both educational and entertaining as befits a former editor of Artists & Illustrators magazine & a founder member of London Urban Sketchers. His work has inspired me to get out and do more sketching, just as soon as I come out from under my duvet!

Happy urban sketching
& all best wishes for 2016!
Posted by Lizzy Hewitt Artist at 08:12

What a fantastic evening we had at Cank Street Gallery on 15th of this month! The special view of the gallery's Open Exhibition for 2015 was wonderful and very different, with a wide variety of artworks by artists, sculptors & craftspeople from the Leicestershire area.

The evening was thoroughly enjoyed by the many people who attended, the friends, family & admirers of exhibitors, art buyers, local curators and the occasional celebrity.
Dayle Flude, the Gallery owner, was delighted with the turnout and with the friendly, positive atmosphere, which continued all evening. It was one of those parties where everyone was happy to be in attendance :)
Leicester's Cank Street Gallery's Open Exhibition remains open until the end of October.

"This collection once again features Lizzy's signature style of street cool figures set in known yet quirkily whimsical city environments.
In Sacre Coeur, a strong yellow ochre sky shines over quivering church walls. In St Paul's, the perspective shifts to a position above the built environment where a blood red sky is made in brush strokes rendered with passion and energy.

After the undeniably quirky architecture, colour comes across as perhaps the primary focus of these paintings. Yet Lizzy has always enjoyed fashionably peopling her pictures, with characters in these artworks both crazed fashionistas and weirdly sober suburbanites.

Lizzy Hewitt's attention to detail & quality of line have always impressed and on this occasion her bold, powerful skies in sing-out shades of orange, turquoise and red, impassioned above vibrating buildings, prove she is moving ever more keenly towards her deserved 15 minutes of fame."

The Private View of Leicester's Cank Street Gallery Open Expo 2015 is 6.00 - 8.30pm on Thursday 15 October. The Open Exhibition runs from 6 - 31 October. Lizzy's paintings are ON SALE from 6 October. www.cankstreetgallery.co.uk

Posted by Lizzy Hewitt Artist at 08:08

Richard III - Sanctuary for a King

A few days ago I was invited by the lovely people at Cank Street Gallery to the private view of Michael Harrison's exhibition, 'Sanctuary for a King'. Michael has been the artist in residence at Leicester Cathedral and recorder of events surrounding the re-interment of Richard III.
Richard (1452-1485), whose reign lasted merely a few months, from 26 June 1483 until his death at the Battle of Bosworth, was originally buried at Greyfriars, Leicester, where his remains were transported by horse from Bosworth Field following the final battle of the Wars of the Roses.
Richard was the last of the Plantagenets, the last of three kings of the House of York and his defeat at Bosworth marked the end of the English 'Middle Ages'.

After the death of his brother, King Edward IV, Richard became Lord Protector of Edward's son and successor. The child and a young cousin were not seen after August 1483, which gave rise to the story of the Princes in the Tower, ostensibly killed on Richard's orders.
For many years Richard III was remembered for this alleged act and also for his portrayal of daring-do at Bosworth, thanks to the lines William Shakespeare placed into his mouth, c 1592, via his play, Richard III; "A horse! A horse! My kingdom for a horse!"
Some five hundred years after his death the remains of Richard III were found under a Leicester car park. In 2012/2013 an archaeological dig by Leicester University revealed the location of the church of the Friars Minor or Franciscans, together with Richard's remains. The grave site has now been enveloped into the 'Richard III - Dynasty, Death & Discovery Museum' which opened in 2014.
With much pomp and in the presence of members of today's Royal family, in March this year Richard's remains were re-interred at Leicester Cathedral, events successfully captured in oils by Michael Harrison.

An agreeably accessible artist, Michael discussed his collection of paintings, 'Sanctuary for a King', at the private view. He explained his compositional techniques, including some ideas from the Renaissance period, and his belief that the viewer interprets artwork more effectively when the artist has actually experienced what is being portrayed.
The vibrant exhibition, 'Sanctuary for a King' is on display at Cank Street Gallery until further notice. More about Michael Harrison can be found on the Cank Street Gallery website and on Michael's blog.
I was impressed and encourage you to go along and experience Michael's powerful historical interpretations for yourself.

Posted by Lizzy Hewitt Artist at 11:02

I'm sometimes asked how the style of my artwork came about & how it changes over time. Sadly there's no short answer to what is a lifetime's evolutionary process!

At the moment I'm working on a series of pieces for The Cank Street Gallery, Leicester, where I'll be exhibiting my work in June. This latest collection is an urban sketchbook of (worldwide) architecture which incorporates some of the world's most remarkable buildings.

I have always been interested in architecture, just as I have long been influenced by fashion, drama, graffiti art, Japanese lino cuts, cartoons & the like. But my work also reflects my absorption of the fine artists, Van Gogh, Gaudi, Picasso & others.
My work has been a melding & fusion of all of these people & styles but of no one in particular. My own 'style' comes about as a result of these influences subsequently evolving my own voice & my own message with experience & over time.

So artwork produced 10 years ago differs from that of 5 years ago & the work of tomorrow will be different from that of today. That is the role of the artist, to reflect the events & circumstances of life & in doing so to put one's individual message out there.
Lately I have caught the attention of Gabriel Campanario's 'The Art of Urban Sketching' published by Quarry books. Through it I have found an entirely new online community with featured artists,
flickr.com/groups/urbansketches
& urbansketchers.org

Once again I'll be going on an
experimental journey, utilising modern
printing techniques to make several
versions of a single drawing.

I hope to produce prints in a variety of media
in a limited colour palette brought together
by bold defining lines.
To perhaps simplify the objective, I'm aspiring
to create a modern interpretation of a classical
architectural drawing but incorporating fashion
& other modern styles; a real fusion of drama,
both quirky and unique. So watch out for more
joyful masterpieces in the months to come!

Posted by Lizzy Hewitt Artist at 12:55

Almost a year ago I read an incredible article in Hello magazine. It featured the tragic story of ex-model Katie Piper who seven years ago was the victim of rape and acid attack by a ex boyfriend.

At the age of just 24, Katie survived a brutal sulphuric acid assault, which almost claimed her life, causing savage burns to her face, neck, arms & hands and left severe scarring. The acid also blinded her in one eye.
Katie spent two months at London's Chelsea & Westminster Hospital in an induced coma, underwent more than 100 operations and still needs regular surgery. For two years Katie wore a plastic pressure mask for 23 hours a day as part of her treatment.
Having known other victims of violence I felt particularly strongly about Katie's horrific experience. I understood, as many victims can, the pain, violation & despair that comes about not only from an attack but also the end of Katie's life as she had previously known it.
'The attack ruined Katie from the inside out. Like many, she believed her life was over now that she was a 'burns victim', Hello magazine, March 2014.
In the intervening months, I followed Katie's story, read her autobiography & watched the Channel 4 documentary 'Katie: My Beautiful Face'. Throughout I admired her inspirational determination to re-build her life.

After intensive burn rehabilitation in France, Katie established a Foundation to assist others with severe burns & her autobiography, translated into several languages, sold around the world. More personally she now has a loving boyfriend & beautiful baby daughter, Belle Elizabeth.
I believe Katie is an inspirational role model for our time, well deserving the title of 'Woman of the Year 2011' in The Pride of Britain Awards. I am delighted that following the horror she has had to endure that she has found both happiness & success.
Posted by Lizzy Hewitt Artist at 07:53 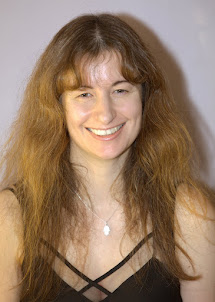