Leicester-based Liz Hewitt’s painting style is joyous and colourful. Over the past decade her whimsical artworks have become increasingly popular and collectible.
Lizzy trained in graphic design at Derby University. Her bright, vibrant images demonstrate the importance of colour in her work, combined with almost cartoon-like portraiture which make her paintings both amusing and full of interesting detail.
Presenting colour in imaginative ways, often from a soft, wide angle, Lizzy is much influenced by stage lighting, where mixed colour palettes create impact, and light, or the absence of light.

Her artistic inspirations are wide ranging, from artists such as Kandinsky to Japanese illustration to cartoon characters Felix the Cat and Betty Boop. She hopes this makes her images fun for people to look at and exciting for buyers to own!
Her work presents a total environment of people and place, providing a different perspective of their world which Lizzy considers an important part of producing art rather than simply taking a directly representational photograph.

Lizzy says “I aim to make bold, contemporary, personal statements, inspired by iconic images and re-imagining the creative work of musicians, artists and actors, particularly from the 1960s and 1970s.
“I like to be stylistically up-to-date and aware of the latest trends. I’m visually aware of how creativity is used around me, day to day, of posters on trains, city billboards, advertising hoardings and new products in the market place. All these things keep my work fresh and current.”

Leicester born and raised, Lizzy has a deep fondness and respect for her city. She's been commissioned by the Leicester tourism organisation and also by the NHS, which commissioned new branding logos for various health applications.
Importantly, she was approached for businesses occupying architecturally significant premises in Leicester city centre, including Lumbers, the jewellers, and hairdresser, Barrie Stephen.
“With his great looking building as a starting point, we decided to use fashion figures in long, flowing ball gowns to give his painting a sophisticated, elegant feel. The hair I used was actress Lana Turner’s famous ‘wave’ hairstyle, reflecting the nature of his business and the aspiration of his clients."
Barrie Stephen loved Lizzy’s work and gave the picture pride of place in his salon, which has led to further portraiture commissions.
Today, as well as contemporary business projects and ‘working portraits’, Liz paints family groups withfamily members, pets and often distinctive or unusual homes are included.
Commissions have been undertaken for the BBC, cricket correspondent Jonathan Agnew and his wife, and television broadcaster Anne Davies and her family.
Says Lizzy, “One of my first portraits was for a broadcaster friend, passionate about jazz and blues. For her painting I used old American band images inside a stage set.

"At first glance there's little similarity between that and my recent portrait of the Royal Family enjoying their own Diamond Jubilee street party outside Buckingham Palace, except that in both cases I've done my best to bring a smile to the viewer's face."
Liz Hewitt’s artwork is undoubtedly unusual as her use of colour, playfulness & joie de vivre come bursting out of her pictures, bringing with them her subject's individuality. 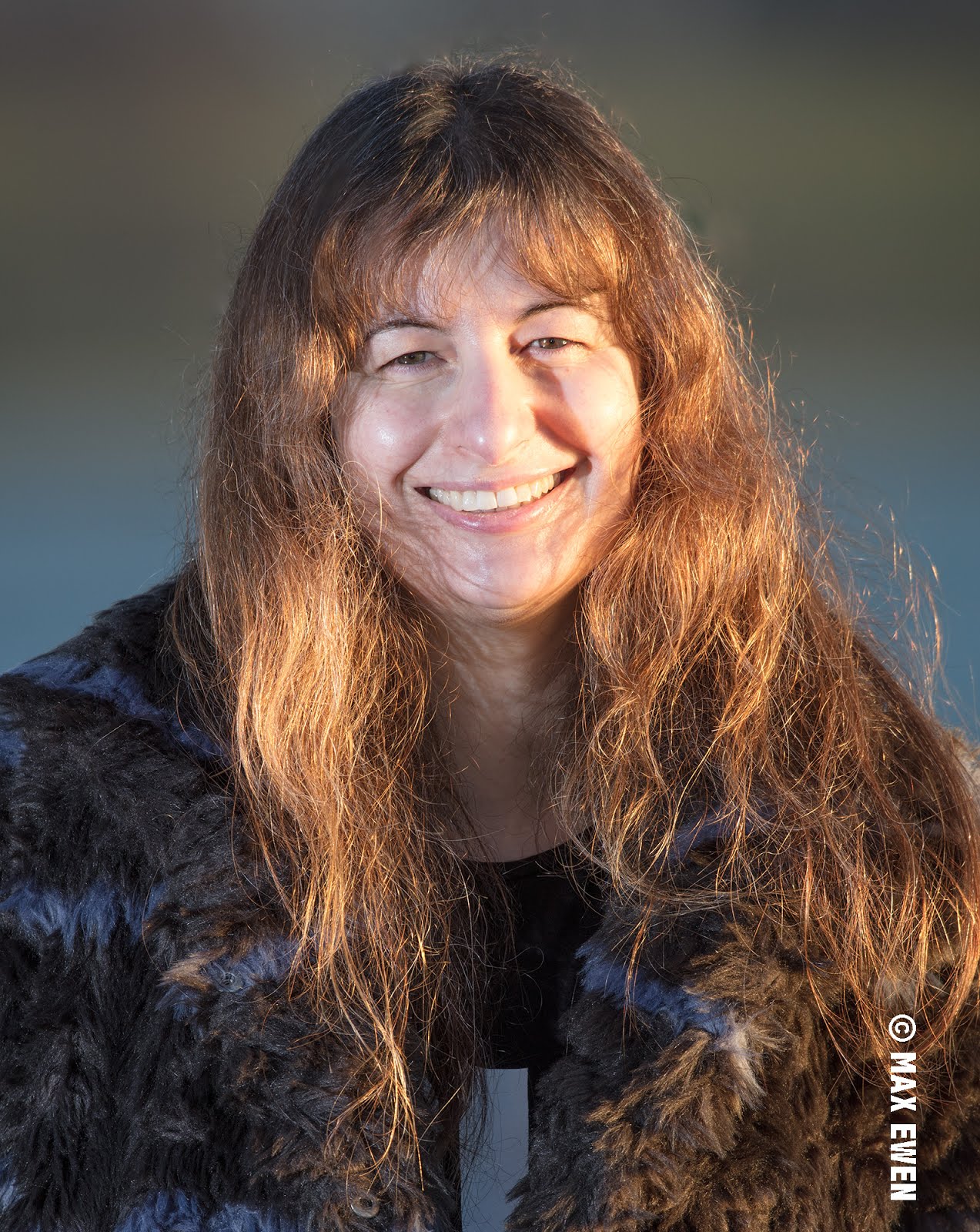